Migratory Flows In November: Total Lower, Western Mediterranean the most active route. In the first 11 months of 2018, the number of irregular border crossings into the EU fell by 30% from a year ago to about 138 000, mainly because of lower migratory pressure in the Central Mediterranean. A month before the end of the year, 2018 remains on track to see the lowest number of illegal border crossings since 2014. 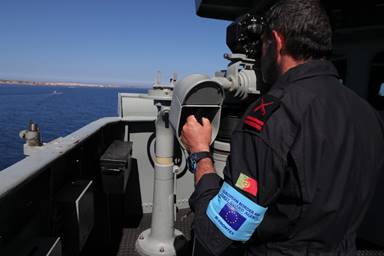 In November, about 8 800 irregular border crossings were detected on the main migratory routes into the EU, 44% lower than in the same month of last year.

The Western Mediterranean remained the most active migratory route, accounting for more than half of all monthly detections of illegal border crossings in Europe. In November, the number of irregular migrants taking this route rose by 29% from the same month of last year to 4 900.
In the first 11 months of 2018, almost 53 000 irregular migrants arrived in Spain via this route, more than double the figure from the same period a year ago.

Nationals of Morocco, Guinea and Mali accounted for the highest number of irregular migrants crossing this route this year.

In November, the number of irregular migrants taking the Eastern Mediterranean route stood at 2 700, a drop of 42% as compared with November 2017.

However, the total number of migrants detected on the Eastern Mediterranean route in the first 11 months of the year rose by 30% to around 50 900, mainly because of an increase in crossings at the land borders.

The largest number of migrants on this route so far this year were nationals of Syria, Afghanistan and Iraq.

The number of migrants arriving in Europe via the Central Mediterranean route in November fell to about 900, down 83% from November 2017. The total number of migrants detected on this route in the first 11 months of 2018 fell to roughly 22 800, 80% lower than a year ago.

So far this year, Tunisians and Eritreans were the two most represented nationalities on this route, together accounting for more than one-third of all the detected migrants there.

You are receiving this email because you are in our database of journalists who have expressed interest in Frontex activities. If you would like to stop receiving news from Frontex, please contact us at: [email protected]